An HDR – high dynamic range image is a picture composed from 2, 3, 4, 5 or more exposures. For example an HDR picture composed from three pictures requires one underexposed, one normal exposed and one overexposed picture. Then with softwares like Photomatix, Luminace HDR or HDR Efex Pro you  create the final picture. Over time I have developed from using Photomatix moved to HDR efex Pro created by NIK software Collection which works very well together with Lightroom. For my HDR pictures I use mainly Lightroom 5 and NIK Software to do the final composing.

My most recent HDR image project took place in Northern Ireland at the Giant’s Causeway and  Dunluce Castle. The first time I went to the Giants Causeway was in the year 2012. I was overwhelmed by its beauty and so it was ultimately the plan  to come back with better photography equipment. In January 2014 I finally went back to visit. The advantage of wintertime is that there are far less tourists, the air is clear  and the sunset is fairly early. Even in January were lots of visitors and it was hard to get a shot with no people in it. To have patience is a very important thing as a photographer.

I brought with me a Nikon D610, a 24mm wide angle lens, a polarising filter and a tripod for this shot. The polarising filter gave me the possibility to stop light reflections on the water surface so that the pictures show also the stones in the water. I used for the Giant’s Causeway HDR pictures mostly 3 exposures with -1.5 / 0 / +1.5 stops. The exposures itself took roughly 10-60 seconds each with an aperture with 16-32. Those long time exposures created the soft and foggy look to the water. I tried different angles, directions and positions. Thank God I had really good wind-proof gear, it was really cold and windy. After all I combined with Lightroom and Nik Software the final pictures. 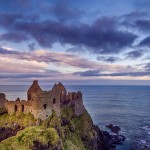 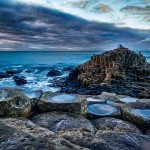 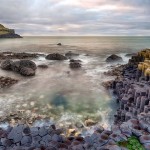 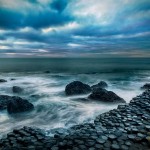 Berlin is a great place to take lots of pictures. Those pictures were taken at Potsdamer Platz, Templehof Airport, Memorial, and other locations. 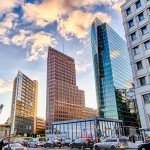 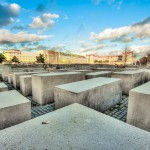 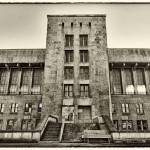 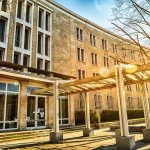 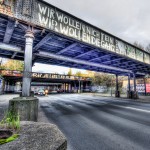 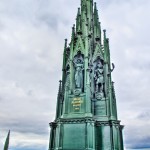